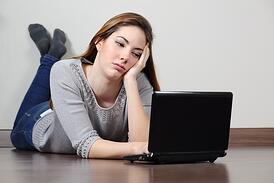 Many teenagers are currently facing a particular version of peer pressure that is inspired by social media. As parents, we are aware of the potential for bullying, as well as photos that may at the least anger parents, and in some extreme cases result in the destruction of a reputation, or, unimaginably worse, tragedy.

But there are subtler forms of social pressure that many teens regularly feel. Parents need to know what those pressures are and how we can talk to our teenagers about them.

Here are my top four tips for how to help your teen avoid social media envy:

1. Everyone looks like they're having so much fun. Although there are certainly people who use social media as a way to share their unhappiness and displeasure, many teenagers (and adults for that matter) use it as a way of highlighting life's wonderful moments. Big and small adventures, laughing friends, parties at the beach, dinner at the fondue place in the mall...it can all begin to look like everyone is having a marvelous time except for your teenager. The conversation we need to have is how self-abusive it can be to compare our insides and our reality with other people's outsides and their photographs. Remind your teenager that their friends choose the best photos and the best times to post on Instagram and Facebook. Furthermore, sharing like this is done to put everyone's best face forward at all times. All the little mundane, frustrating or challenging moments between the cookout at the beach and the slumber party are not being documented. Talk to your teen about how our lives are like an entire newspaper, but that social media often represents just the feature section, where events are often frivolous, interesting and fun.

2. All of my friends are in this photo...where was I? Social teens do not like to be left out. A photo that doesn’t include them can quickly become proof of rejection and exclusion. At the same time, they can get caught up in a frenzy of activity to prove popularity, which feeds their desire for affirmation from peers, especially in the absence of unshakable self-worth. Be an ear for your teenager when they are feeling social stress in this way and ask them about any assumptions they may be making. This is an ideal time to use reflective listening, echoing back what you are hearing them say. Teens may be caught up in the drama, but they also have sharp minds and can often discover for themselves that they are jumping to false conclusions.

3. I am not smart enough, attractive enough, athletic enough or popular enough. Social media allows a moment of bragging to become a permanent record of success. Facebook walls and Instagram feeds displaying photos and status updates that include accolades, college acceptances, athletic victories and multiple prom photos can contribute to the feeling many teens have of not being “enough” or not be outstanding at anything in particular. As parents, we see what makes our teenager special, but those qualities may not be the ones that other teenagers notice or care about. Talking to your teen about their character and unique qualities is important. Equally important are conversations where generosity and kindness are emphasized over achievement. As parents, we often get sucked up into the same sort of competitive maelstrom that our kids do, highlighting the successes of other people’s children and over emphasizing achievements. Try to avoid comparisons between your teenager and their peers or your peer’s teenagers. Notice how often you discuss the traditional markers of success like college admissions, athletic prowess, or financially lucrative jobs. See if you can shift your conversation away from achievements and instead emphasize character and effort. Talk about your own passions and efforts, emphasizing times where you have struggled and persevered, and times when you have struggled and failed. Facebook rarely reflects failure, yet all of us have failed numerous times.

4. I feel like I need to make my life look perfect too. If your teenager is busily crafting a persona that reflects only their best and happiest selves, they may feel like they can’t show the world anything but perfection and excitement. Make sure that your own social media use isn’t devoted to bragging rights. Let your Facebook Wall and Instagram photos reflect not only the perfect moments, but share a funny cartoon, a touching story, or post an interesting article. Encourage your teenager to share their interests and humor, not just their social lives. Laughter builds goodwill among peers so point out to your child just how powerful their humor can be in attracting “likes,” “shares,” and “comments.”

Perspective is a gift that distance provides. Social media is immediate and almost assaultive in its energy around documenting the fabulous moments of our lives. Encourage your teenager to take a little time away from the news feed if they find themselves getting upset through comparisons. Both you and your teen can benefit from the reminder that equating our inside, real-world lives to others’ edited veneers is a surefire way to come up feeling less than. Dig into the fullness of life with your teenager, replete with missteps, mistakes and family disagreements. Model daily that social media is entertainment and not a realistic interpretation of anyone’s daily life. 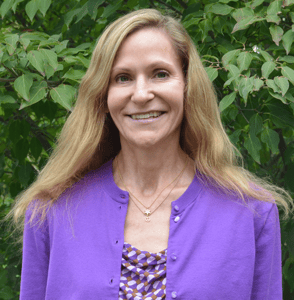 Linda Rosenberg McGuire is the Dean of Students at Westtown School in West Chester, PA. She is a parenting coach, consultant, speaker, and avid writer, providing insight, support, and education for parents and teachers who live and work with teenagers. She works with schools to inspire and reinvigorate their faculty to work successfully with even the most challenging students. Linda is passionate about helping parents develop more effective relationships with their teenagers, stressing the importance of listening, limit-setting, and building competence, character, and independence. Linda has 30 years of experience working with children, most of that time focused on parent-teen relationships. Linda began her career as a caseworker and trip leader for teens-at-risk, leading to work as a community mental health therapist and a school-based counselor. For the past 12 years Linda has been employed in independent school administration, working with teenagers, parents, and faculty as a program director and a dean.Linda received her BA from Bowdoin College, her MSW from the University of New England, and her Master of Organizational Leadership from Nichols College.