Build, Create, and Discover Joy with These Holiday Gifts 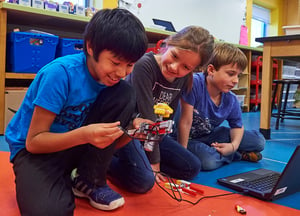 Whether you are looking for just a few last-minute gifts or have a whole list, we have a few ideas for the young ones in your life. Here are some fun ideas for children who enjoy building, tinkering, creating, and coding.

Beanz is a new bi-monthly online and print magazine about learning to code, computer science, and how we use technology in our  daily lives. The magazine is aimed for ages 8 and older. There is no advertising in the magazine. To subscribe: hello@beanzmag.com

DATA Set series, by Ada Hopper. This series of transitional chapter books is aimed at readers in grades 1-3. The DATA Set consists of three friends who use their interest in science and coding to solve mysteries created by their mad scientist neighbor, Dr. Bunsen. There are seven books in this high-interest series.

Iggy Peck’s Big Project Book for Amazing Architects and Rosie Revere’s Big Project Book for Bold Engineers, both by Andrea Beaty, are filled with project ideas to encourage creative thinking, designing, and reflecting on the importance of teamwork and failure. Neither book requires special tools or materials, instead, they encourage children to recycle and reuse things at home.

Maker Lab Project Book, by Smithsonian, has 28 project and craft ideas to get creative wheels turning and to make learning fun.

Secret Coders, by Gene Luen Yang, is a four-volume graphic novel series for grades 3-8 that weaves coding into adventures stories and puzzles about students who solve mysteries at their school.

Steam Kids, by Anne Carey, for ages 4-10, is filled with design challenges that are color coded for difficulty and estimated project times.

Code Master is a single-player game that has 60 levels to work through to learn programming logic. There is only one path to lead to the crystal, which wins the game.

Code Monkey Island is for ages 8 and older, but younger ones could play along with older family members. Players use strategic thinking to move the monkey around the island.

Coding Farmer can be played in English or in Java code. In this game, players make their way to the farmhouse, navigating their tractors past obstacles, recharging at windmills, and relaxing at rest stops.

Notable Women in Computing card deck is a traditional 52-card deck that can be used to play any familiar card game.

Rush Hour Traffic Jam is a logic game for ages 8 and up, where the object is to get the stalled red car off the road to relieve the gridlock. The game offers four levels of play and 40 mind challenge cards.

Jewelbots are programmable friendship bracelets aimed at the preteen audience to teach girls to code. This was a Kickstarter project in 2015, with a specific goal to interest preteen girls in coding.

Piper Computer Kit, for ages 8-12, challenges kids to build a computer and learn about coding, electronics, design, and iterations with the Raspberry Pi edition of Minecraft.

Creating a space to be creatively messy at home, or having a family play night make great gifts, too. Add tools for creating, such as scissors, glue, scrap materials, toothpicks, craft sticks, pipe cleaners, markers, paints, and clay, and encourage your young inventors to be imaginative and have fun in your family makerspace!

Topics: Help with learning, Inspiring the Best in Kids 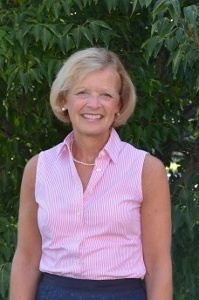 Lynn Clements is the Lower School Library Media Specialist at Westtown School. She has 30 years of school library experience and a great love of children’s literature. She collaborates with teachers to design inquiry-based research projects and co-teaches lessons that are integrated into the classroom curriculum. Lynn has worked extensively in the area of curriculum and instructional design, most recently working on the Pennsylvania State Model Library Curriculum. In 2013, she was the recipient of the Outstanding School District Library Media Program in Pennsylvania. Lynn considers it her greatest success when a child asks for a book “just like the last one.”