10 Tips to Help Your Student Avoid the Academic “Summer Slide” 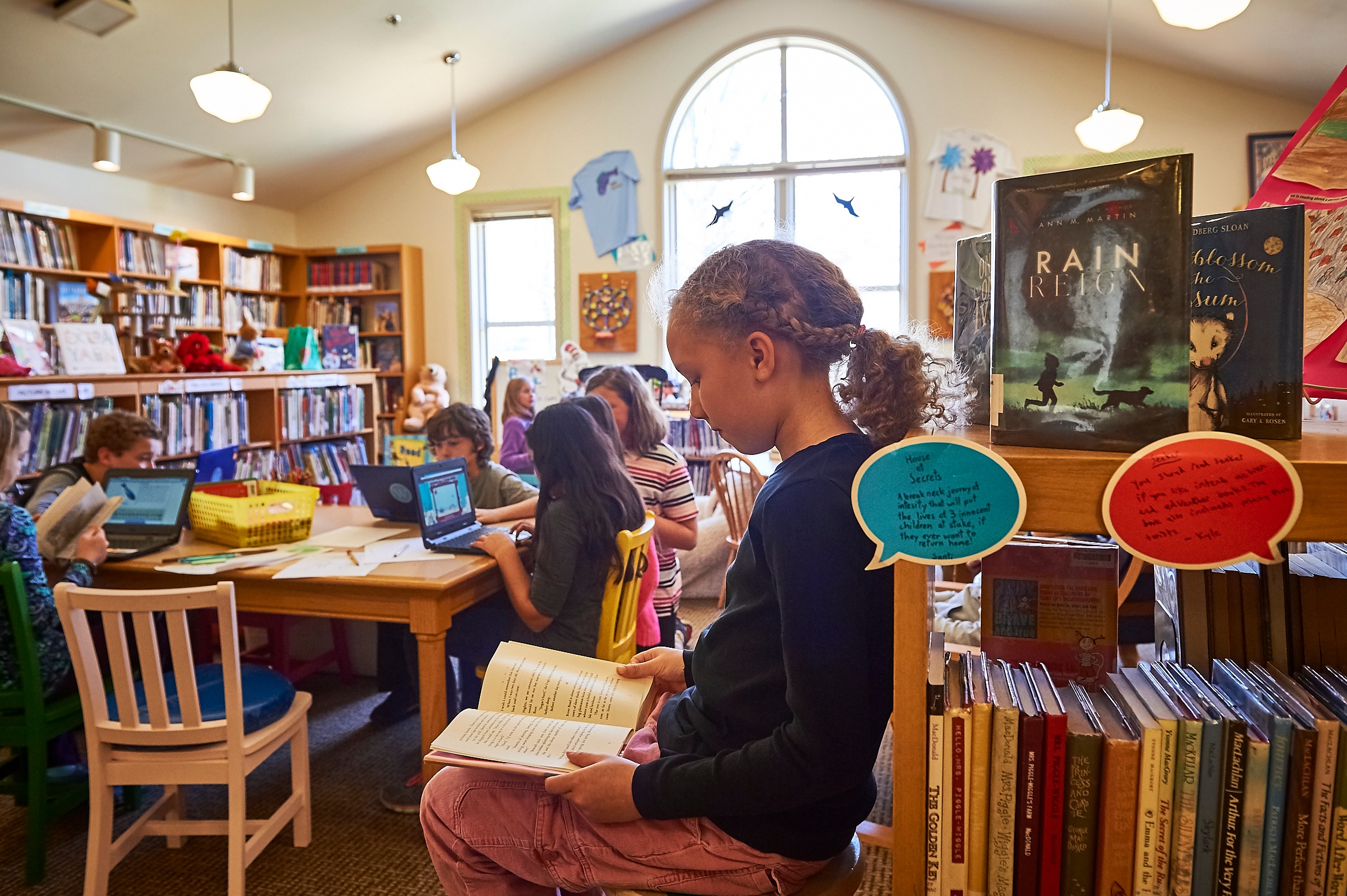 As parents, we try to protect our children with immunizations, sunscreen, bicycle helmets, seat belts, and good health habits. But what can we do to prevent “summer slide” - academic loss that occurs over the summer-  and instead, foster “summer gain?”

Topics: Help with learning, Inspiring the Best in Kids

Posted by Monica Ruiz-Melendez on December 4, 2015 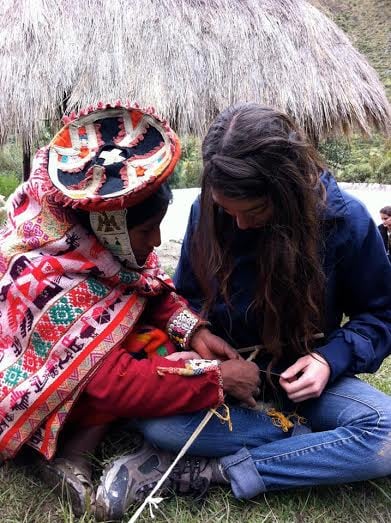 This is the final article in a three-part series about raising global citizens, started last spring for this blog.

Now that you have fostered curiosity and exploration during the early childhood years and focused on supporting your tween in figuring out self-identity in relation to others, you’re ready to help your teenager become a world citizen. By the time they reach adolescence, young people have a pretty solid understanding of the things that set them apart as individuals and how they fit into the larger community beyond your family unit. They also have clear ideas of their passions and inclinations, while continuing to discover the wonders and challenges of the world around them.These are the years in which travel outside the family unit becomes most attractive - and sometimes indispensable -  to the formation of personal ideologies regarding self-identity in relation to global citizenship.

So, how can you support  your child’s desire to discover and engage with new communities and cultures beyond their own? How can you ensure these experiences go beyond mere tourist interactions and offer deep and transformative opportunities for your teenager?  Here are a few suggestions:

Reading: It's A Family Affair 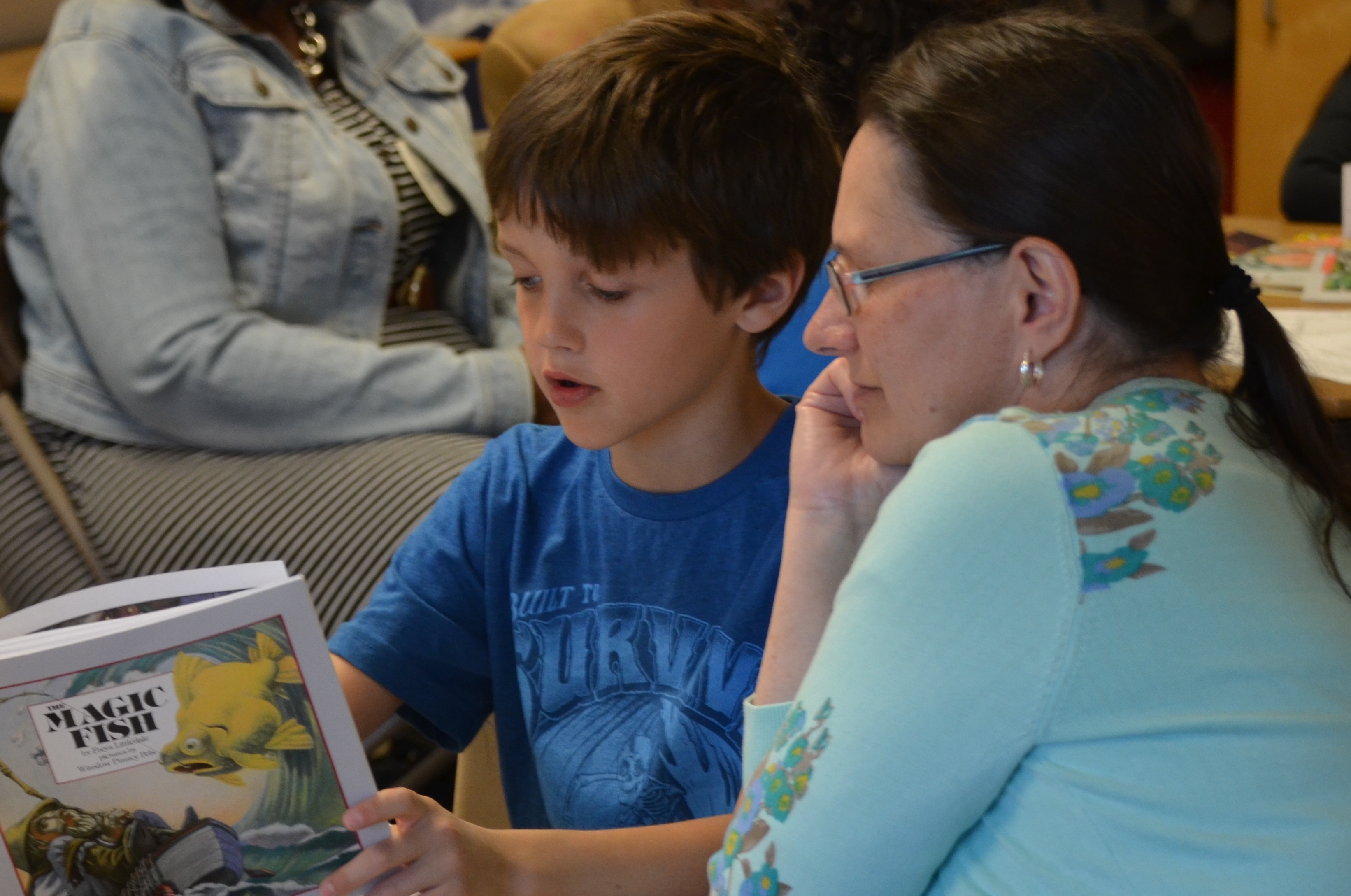 The shorter days and longer nights of the season offer the perfect time to read aloud with your children. Even if your child  is reading independently, it is still important to read aloud together. It is good for children to hear fluent readers and reading aloud offers the opportunity for them to learn more challenging vocabulary and content.

When reading picture books together, make sure to take time to look at the illustrations or photos together. Talk about what you notice. Search for the visual details that add so much to the story. This helps develop visual literacy skills that are important for children. Academic skills aside, reading together is a cozy way to spend a chilly evening with your child! 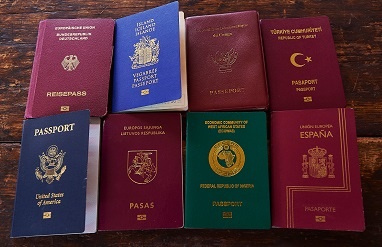 The Tween years are perhaps the most volatile and complex years in human development. While the child is at an age in which the focus is on trying to figure out self-identity in relation to others, it can be a phenomenal time to foster global awareness.

By now, your not-so-little-one will have developed a sense of intentionality. By that, I mean the ability to generate an idea they wish to pursue and the capacity to act with focus and persistence in order to make it happen. They can look into the future and understand the effects of their actions. Thus, it is a ripe age for pushing forth toward global awareness.

So, how can you capitalize on your child’s new sense of self in order to engage with the collective global village? Here are a few suggestions: 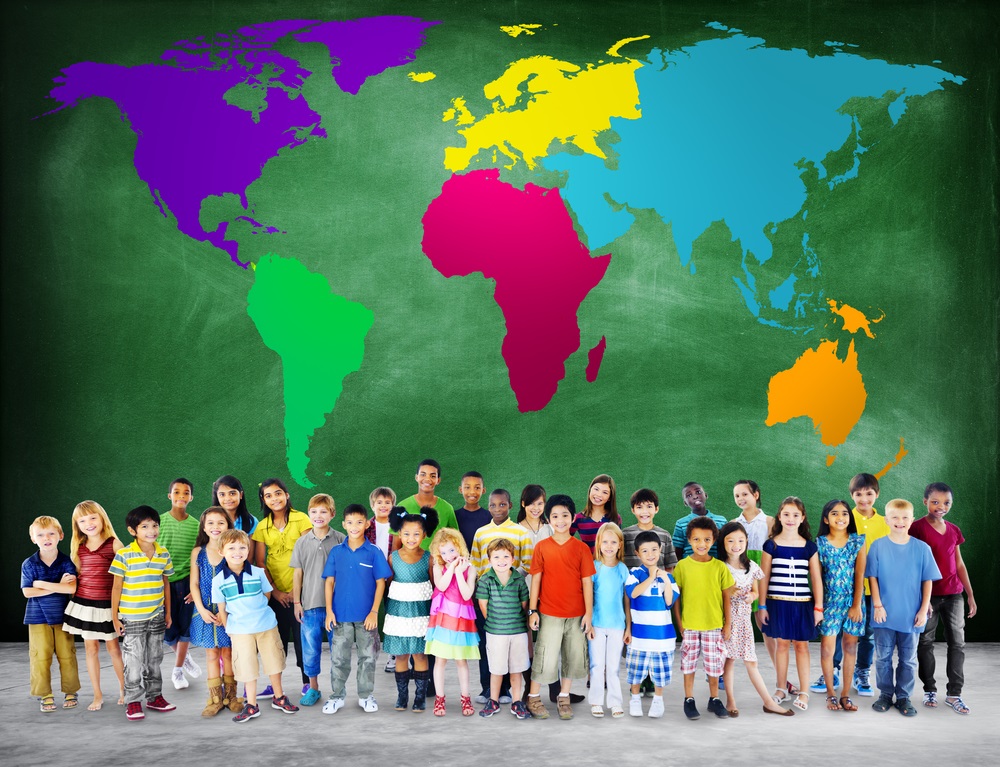 I am the mother of three Puerto-Rican bred, North American girls who are also bilingual. And so my husband and I focus on developing their cultural literacy in age-appropriate ways on a regular basis. We can’t assume, though, that they will become global citizens solely by virtue of their cultural and linguistic heritage. Over the years, I’ve acquired some wisdom on this topic and will share what I’ve learned in a three-part series of articles that will help you teach your children to be global citizens at different developmental ages.

Posted by Monica Ruiz-Melendez on February 12, 2015 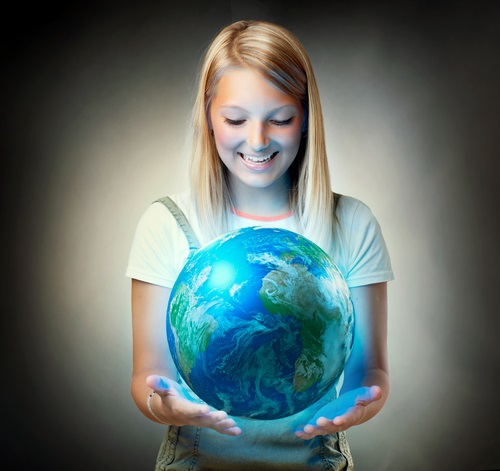 So, your child has been studying a language for years now. She dreams of traveling abroad and becoming immersed in the sights and sounds that accompany the language she’s been studying. Now that she has the key to open global doors, you want to do everything you can to help her get to her next destination.

Back when you were in high school, travel abroad was mostly a college thing, a rite of passage of sorts into adulthood. Not so anymore. The world our children live in is much more connected. This generation of children has the world at their fingertips, literally. For them, it’s not enough to hear about it and see it on their screen. They want to live it, to experience it first-hand.

Best Websites for Mastering a Language

Posted by Monica Ruiz-Melendez on January 28, 2015 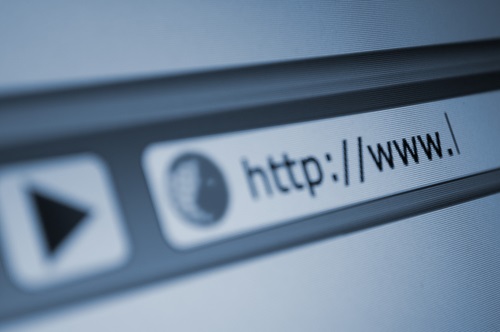 As parents, it used to be hard to support young language learning kids as they work to expand their communication skills.

Often time parents are not confident in their own knowledge of the language students are pursuing at school. Other times, parents have had no exposure to it at all and are unable to support their children at home.

The good news is that, at most innovative schools, objectives in the language acquisition field have morphed and changed in recent years. Although we continue to hone in on refining reading, listening, speaking and writing skills, our ultimate goal is to foster communication first. Accuracy will follow as your student becomes developmentally ready.

So, in order to support your child’s language acquisition endeavors, I offer you three free online sites that will help students review, practice, and refine their language skills.

Six ways to help your young children learn another language

Posted by Monica Ruiz-Melendez on November 20, 2014 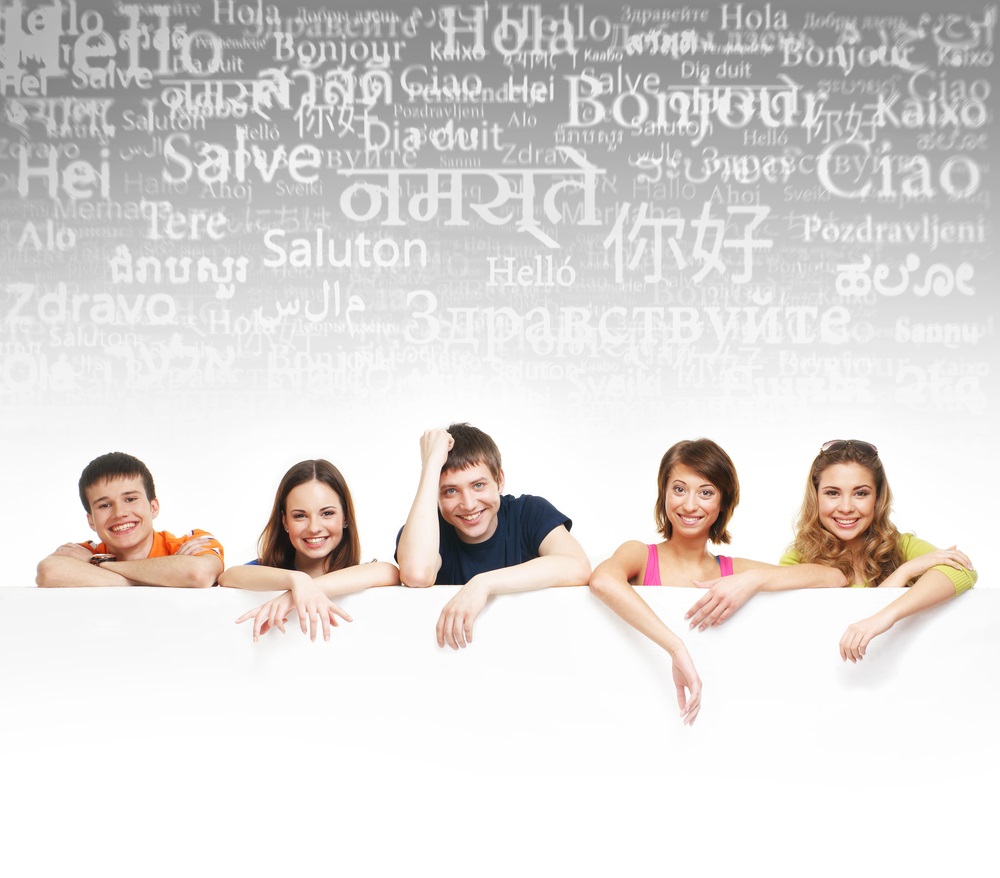 Back when most parents in the United States were in school, they took “Foreign Languages.” Most students stuck with them for three or four years, but few became fluent. Most got stuck in the thorns of conjugations and grammar confusion.

Not so today. Multilingualism is an increasingly necessary skill set in our globalized world. And it starts early. Second language proficiency is a life-long learning experience that begins on average during the ages of six and nine years old around the world .

Contrary to common misconceptions, research shows that a child’s brain can discern and negotiate up to three different languages from birth to the age of three. Research says that at that age the child’s brain shifts into a mode that imprints one of those as the first-language and the other as the second. So, the earlier you begin language exposure at home, the stronger your child’s disposition to become bilingual will be.

So, how can parents support world language acquisition at home? Some refer to their own limited exposure to foreign languages during their school years while other parents might draw upon their heritage language speaker experience to approach language learning. Regardless of your exposure to language or experience teaching your child a world language, it is something you can do and feel empowered to endeavor.

Although it can seem as a challenging task for many parents, I offer a series of practical approaches that should make the process genuine, attainable, and fun for the whole family.